Your safety and well-being are of the utmost importance to BeWell Chiropractic Clinic. BeWell Chiropractic Clinic has updated our sanitation policies to prevent the spread of the virus. We are disinfecting our offices' common areas like patient waiting rooms and check-in desks more frequently, and limiting interpersonal interactions (social distancing). For scheduled patients that are feeling ill or have been in contact with someone that has tested positive for the virus, their appointment will be rescheduled 14 days later. Please stay safe and take steps to exercise extreme caution. 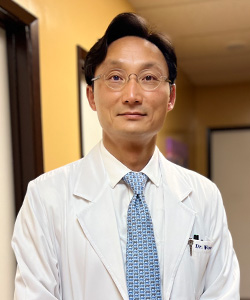 Dr. Won Yoo Specializes in Acute/Chronic Spine & Joint Disorders and Injuries (Neuro-Musculo-Skeletal and related Disorders and Injuries): Whiplash-Auto Injury, Sports Injury, and Work Injury. He is currently undertaking the postdoctoral courses in Neurology from the Carrick Institute for Graduate Studies.

WHAT OUR PATIENTS SAY

“The staff are very polite and the explanation given are very clear. I have scoliosis and there was exercise given to me to help with my healing process which was not given to be by a doctor I had seen before”

“The herniated disk in my neck caused me SO much pain, and he was able to realign my neck and provided therapy that got rid of the pain within a week. Very professional, very knowledgeable, prompt, and overall cares about your well being and comfort. I highly recommend this doctor!”

Had been suffering from lower back pain and headaches from stress and work. Dr. Yoo explained to me why I was suffering, began treatment, and within 4 weeks I improved dramatically. I would come to Dr. Yoo for ALL of my medical needs if I could. He is by far the best doctor I have ever seen.”